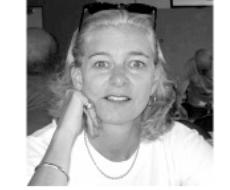 For many people, the start of a new year is a time to reflect on the things that are important. For randonneurs this probably means reliving memories of epic rides in the past, and it also means looking forward to the new cycling season and choosing which events to enter. There will no doubt be some hard miles ahead---for that is the nature of our sport and this is what we crave---but it also means looking forward to surmounting challenging rides with trusted comrades. It means making new cycling friends too. Such is the importance of randonneuring to many of us, it is also important to ponder where would we be without the people who put on our beloved brevets and flèches. One would do well to give more than a passing thought to these selfless folk.

Each year Randonneurs USA chooses one special person to acknowledge with our American Randonneur Award. This is the only yearly award we have that only one person can win; all our other awards are designed such that any number can earn them. But the American Randonneur Award is special. This is for a person who has actively worked for other randonneurs. The nominations come from RUSA members and the final selection is by a vote of the Board of Directors. As always, we received many worthy nominations. Alas, we can choose only one, and sincerely hope the others will be re-nominated next year.

That said, the Board of Directors is very proud to announce that the winner of the 2003 American Randonneur award is Jennifer Wise. Jennifer is well known to us all and needs no introduction. Her dedication to actively promoting randonneuring is unparalleled in the United States, and likely anywhere else in the world.

There have been three major areas that Jennifer has made her contributions to randonneuring. The first is Boston-Montreal-Boston (BMB), of which she has been the event organizer for many years. Originally begun by Charles Lamb, he offered this job to Jennifer in the early-90s. He couldn't have made a better choice. Characteristically, she jumped in with both feet and raised it to an international event that draws many entrants year after year. These days there are four 1200k grand randonnées in North America, but for a long time there was just BMB. It set the model for others to follow, thanks in large part to what Jennifer has done there.

Another part of Jennifer's randonneuring life not so many people are aware of is that she was elected president of Les Randonneurs Mondiaux (RM) and served a four-year term beginning in 1995. This is the organization that unites various randonneuring leagues around the world. As she did with BMB, Jennifer brought new energy into the organization and set a sterling example of leadership and effort that is still followed today. Observing the affection and respect she still commands at the most recent RM meeting after the 2003 Paris-Brest-Paris, it is clear the various country representatives hold her in high regard.

The third area is the one Jennifer has called her "labor of love". Jennifer's contribution to Randonneurs USA is stunning. From the very start she has worked tirelessly to build an effective, stable national organization that would unite the various regional brevet events. There was randonneuring in the United States before there was Randonneurs USA, but under the old International Randonneurs it was at the best, stagnant, and at the worst, slowly dying out. Jennifer and her team brought new energy and sound leadership into a moribund situation and have taken it to unforeseen heights. Her goal from the start was to have a democratically elected leadership with term limits that would be responsive to the members. This doesn't mean saying "yes" to every request, but none are ignored. There have been several key players in the turnaround of American randonneuring, especially fellow American Randonneur Award recipient Johnny Bertrand, but without Jennifer I'm not sure we could have pulled it off. (It should be noted here that Jennifer would be quick to share any credit for her randonneuring successes with husband Pierce Gafgen who works quietly in the background helping her.) If one knew the countless hours she spent doing RUSA work, it would stagger the imagination---it is truly astonishing. And it is all for the riders. The rest of us help RUSA because we want to have good brevets to ride. Jennifer, on the other hand, does it for no other reason that that she loves the sport and its participants.

When we started RUSA, it was a loose confederation of individuals from various regions who wanted to rescue American randonneuring, and we remain an informal group to this day. Our early contacts with the French, on the other hand, showed they were more formal in such matters (which Jennifer knew from her work as RM president.) To them, she was Madame, la Présidente. As a result, at some point Johnny Bertrand began calling her "Madame Prez" in his delicious Southern accent. It has grown to be a term of endearment for the rest of us. Though no longer in office, she will always be Madame Prez, and reflecting on what she has done for our sport, we mean it with the utmost respect and affection.