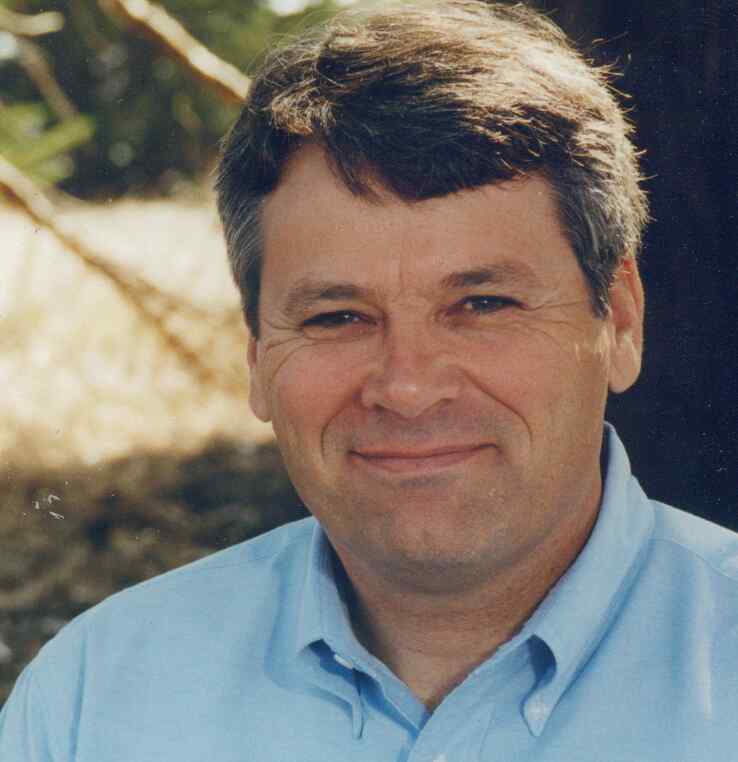 Last March saw the inaugural "Flatlander's Fiesta" 200k brevet. Located in northern California, it was the Davis Bike Club's second 200k brevet in as many weeks. Unlike the hilly ride out to Pope Valley, this randonnée was a tour of the flat Sacramento Valley. As the name suggests, there is no climbing on the brevet, (aside from the short and easy Dunnigan Hills.) However, I wrote in the pre-ride flyer that "...strong spring winds might pose a demoralizing challenge worse than steep hills."

Alas, this prophecy came true. Howling north winds caused 15 "no-shows", a very sensible course of action if you ask me. Strangely, we also had 13 "day of" registrations, so 48 foolhardy, er--- make that audacious randonneurs departed Davis at 7 AM. Wow! Talk about gluttons for punishment. At the start some wise guy wondered aloud if the local mental health facility had let all the hard-core masochists out on a weekend pass.

The Flatlander's Fiesta route is a large circuit that is somewhat rectangular in shape. There is a very long northerly and westerly leg to the Grimes region and then a long southerly ride back to the finish in Davis. Unfortunately, this meant participants faced what amounted to a steep 70-mile "hill climb" to reach the turn at Grimes. There would be no coasting or easy pedaling until then, only desperate struggle to force the cranks against the powerful wind.

After a three-mile downwind parade from the start, we turned west and the big pack immediately splintered. Eight-or-so speedsters led by the tandems of Daryn Dodge/Rich Boettner and Craig Robertson/Liz Gomes quickly went up the road in search of fast finishing times, but behind them it wasn't a pretty sight. The unwary, or unskilled in pack-riding were soon left adrift, while others quickly formed echelons that went from gutter-to- gutter when traveling west or nose-to-tail when going north on the grid of deserted farm roads. The strongest riders reported doing about 14-15 miles per hour into the gale, while we mortals could only manage about 9-13 despite maximum cranking effort. For hours we grimly hung on for dear life---to be dropped from a pack meant a far worse fate in the brutal wind. The two tandem teams of Pierre Neu & Marcia Gibbs and Wayne & Mary Woodside provided yeoman service all day and many of us probably wouldn't have made it without them. Eventually over a quarter of the field was shamelessly drafting this terrific pair of unselfish tandems for most of the brevet. The simple words "thank you" don't adequately convey the deep sense of gratitude we solo bike riders felt for all the their hard work getting us to the turnaround, and beyond.

Unlike most other DBC brevets with manned controls and generous food tables, this was an unsupported ride and store receipts were required of the randonneurs to show their passage along the route. The slack-jawed shopkeepers in windswept Dunnigan were incredulous when hearing how far we'd come in the tumult that shook their store. There were also two British-style "Info Controls" where randonneurs had to record a specified local bit of information on their brevet cards to prove they'd passed by. Nearing the long-anticipated turn southward at the forlorn Grimes cemetery, I arrived to find several of our best riders sprawled on the graves like exhausted mountaineers atop Mt. Everest. They were completely worn out from fighting the wind and were now laying low among the tombstones in search of some rest. The brevet card merely asked them to record the name on the grave nearest the flagpole, but I was a little worried that some of them were considering taking up a permanent residence there. Luckily, they ate some rations, rested a bit, and then roused themselves for the 50- mile ride back to the finish, now with the wind coming from behind. But as the weather service had predicted, the winds would quickly diminish in the early afternoon and we had increasingly lighter breezes helping us compared to the cruel gales that we had fought all morning. Rats!

Still, the day wasn't without its charms. The wind forced us to ride in audax-style groups and there was a good bit of friendly chatter for most of the day (if you could be heard above the howling wind when going north). And the views of the valley farmlands and surrounding hillsides were spectacular! The air was so clear that long chains of snow-capped mountains to either side of the Sacramento Valley were always in view, so too the mysterious, rattlesnake-infested Sutter Buttes to our north. Spring greenery was everywhere. Orchards and wild flowers were in bloom and much animal life, both wild and domestic, was to be seen. The lovely Dunnigan Hills we cycled through were especially bucolic on this day. Also, since it was still a little early in the year for heavy agricultural operations, we had the roads pretty much to ourselves.

So, except for the wretched wind in the first half of the brevet, it was a fabulous spring day to tour the Sacramento Valley. I think our out-of-area visitors were a little surprised at how quiet some parts of normally bustling California can be. For me, it was a nice spin down memory lane as I hadn't ridden very often in this particular region since my earliest cycling trips on my trusty Schwinn Super Sport, back in high school. Riding the brevet route, I was surprised at how little has changed since then, especially when our peloton stopped for a snack at the dingy little store in sleepy Grimes. This was where I used to buy my fishing bait and a cold drink on a hot summer day, and it didn't look much different thirty years later. Just for old time's sake, I bought a bottle of Shasta Cream Soda to wash down my usual cycling fodder. Other randonneurs chatted about the day's events while we ate, but I quietly eyed the nearby Sacramento River and wondered if the striped bass were running yet. Ah, to be 18 again... And then I remembered that during my last fishing trip to Grimes I was dealing with the military draft and a probable visit to Vietnam. Upon reflection, being a middle-aged guy doing weekend bike rides with good friends isn't so bad at that.

Some of our finishers deserve special mention. Terry Hutt drove 400 miles from Los Angeles and Connecticut's Philip Borba was entered since a business trip brought him 3000 miles to California. Though he arrived with a bike, the airlines had lost his suitcase. Undeterred, Philip borrowed a helmet, cycling gloves, and toe clip-style pedals the night before the ride and did the brevet attired in a sweater, Bermuda shorts, and tennis shoes. Philip showed real randonneur tenacity and didn't let this unforeseen handicap keep him from earning his medal. Then there was the DBC's Mark Behning. This three-time Paris-Brest-Paris ancien used the Fiesta to do his first brevet on a fixed-gear bike. Mark successfully churned his 52x18 all day, no matter which direction the wind was blowing, and never coasted once! (Another fellow did the previous weekend's hilly brevet similarly equipped, so I'm beginning to wonder if we're seeing the regional stirrings of some sort of non-freewheeling cult who wants to make already difficult bike rides even harder.) Better yet, Mark brought along his cycling pal Mitch Ashley to ride his first-ever brevet. What a dubious introduction to randonneuring for poor Mitch---but he hung tough the entire day and had a strong finish. (Obviously endowed with the "right stuff", Mitch would go on to successfully finish the entire DBC brevet series, an Easter Flèche team ride, and then the rugged 1200-kilometer Gold Rush Randonnée in July.) Worst luck of the day surely goes to Todd Teachout. Todd suffered six punctures, followed by Lois Springsteen's three.

For the record, of our 48 starters, we had 44 official finishers within the time limit of 13.5 hours and all but two got in before dark. Among our four DNFs we had one fast finisher who said he cycled purely for the sake of each ride itself and wouldn't turn in his completed brevet card since he didn't want the ride credit. I asked him to reconsider so his club and country could get a few more Randonneurs Mondiaux counting points for brevet participation, but he wouldn't budge. At the other end of the spectrum, another stubborn fellow doggedly rode the course alone, but arrived at each control point outside the time limits all day (and evening) long. It turned out this was only his third ride of the year (!), yet he was determined to complete the course no matter what. So, we had but two riders who actually turned around after leaving Davis.

Though the ride was officially billed as unsupported, we did have the ever-helpful Lee Mitchell tirelessly patrolling the course in case someone had serious trouble. Happily, Lee had little to do, but it took a lot of worry off the organizer's mind and I very much appreciate his long day of service to the riders. Thanks, Lee! And a very special thank-you also goes out to Lois Springsteen who helped with rider registration and posting the brevet results to RUSA afterward. Most of all, I want to thank all the crazy cyclists who came out to do the ride on such an awful day. I never heard any whining or complaints. Indeed, the many positive comments at ride's end about the scenery in this little-known part of California was most gratifying. Their high morale all day long shows what a determined, hardy group of cyclists our randonneurs and randonneuses are. BRAVO!

The 2002 Flatlander's Fiesta will be held Saturday, March 9th . I can't make any promises about the weather, but it should be a rewarding ride nonetheless. Hope to see you there!