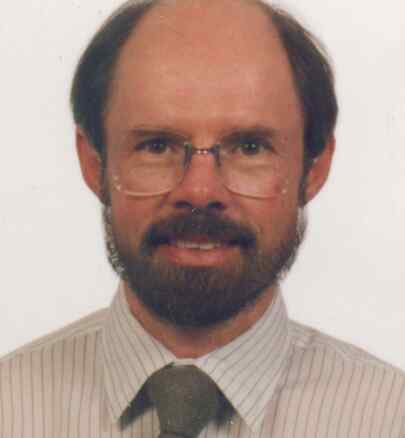 Tell us about yourself and your cycling background
Solo touring in Europe and US, long distance rides in the countryside. A few of my more memorable cycling experiences. Britain End-to-End (1987), La Route des Alpes (Munich to Nice)1985, San Francisco to Portland camping tour (1986), Japan (1990). I got started in randonneuring as a natural segué from independent touring to the similar self-reliance of brevets. A friend from New Hampshire, Ed Fisher, suggested doing the (inaugural) BMB'88.

How long have you been an RBA?
I've been an RBA for three years. I became an RBA when our former RBA retired, and I wanted our local brevet tradition to continue.

Who inspired you with regard to organizing rides?
Honorable mentions go to Gary Koenig (Colorado brevets founder), Charlie Henderson (for his Colorado Contrail tours and local events), John Marino (for RAAM), John Hughes (for his Red Rocks and Pacific Crest tours). I'd mention Jennifer Wise, but that might seem inappropriate!

Have you done other ultra-marathoning riding, support or organizing?
Raced in RAAM'91, rode in BMB'88 and '90, BAM'92. I've officiated for RAAM'93, '95, '96, '99; UMCA Border-to-Border Record officiating; director of UMCA Mileage Challenge.

Have you participated in PBP?
Yes, I successfully finished PBP in 1991 and 1999.

What was your PBP experience like?
Just fine. PBP'91 was three weeks after RAAM, and an enjoyable jaunt through the country ... with no personal support vehicle in tow. PBP'99 was fine, too, maximizing daylight riding and an expeditious but enjoyable passage.

Tell us about your brevets. What is is the entry fee?
No charge (subsidized by Rocky Mtn. Cycling Club)

Describe the services provided at your Brevets:
None in particular -- the support is fairly lean; a hospitality motel room for 400km and 600km. Good maps and cue sheets, and a friendly and experienced core group of riders.

Describe the terrain. On a scale of 1-to-10 (10 being the hardest) what is the degree of difficulty?
Flat to rolling to mountainous (the Rocky Mountains and foothills) -- scenic! 6 Are your controles staffed? We use establishments (stores, etc.), staffed by their employees. I would rate our brevet's difficulty at 6.

Are your contrôles staffed?
We use establishments (stores, etc.), staffed by their employees.

Describe the typical weather and temperatures.
Low humidity, temps 40's-80's or low 90's mostly dry, sometimes with gusty winds and thunderstorms. Limited tornado or snow danger, though snow is a possibility for the 200km.

How many riders typically turn out for your brevets?
12-24 riders -- a few more from out of state in PBP years, because our brevets are later in the season.

Do you offer off the bike seminars during the Brevet season to discuss randonneur type riding?
Planned for this year; not in years past.

Is there anything distinctive about your brevets?
The overpowering appeal of cycling in Colorado.

How have you solved particular problems in your region?
Biggest problem has been incorporating mountainous terrain while keeping the course safe and the level of effort reasonable.

What trends do you notice among riders in your region?
More titanium bikes -- I'm now in such a minority! -- but no dramatic developments in general.