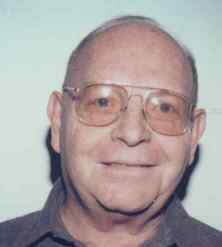 I began cycling in 1980 by commuting to work to save on gas. Four years later, I did my first brevet series including a 1000k brevet across North Carolina and the Assault on Mt. Mitchell in both directions. I have been riding brevets ever since and done some racing, winning medals in the State Games and the Senior Games.

My most memorable cycling experiences would be my first century, my first Assault on Mt Mitchell, the 1000k brevet across North Carolina, and Paris Brest Paris in 1991. The first day of the 1000 km, we crossed five mountain ranges in the first 100 miles. After finishing the ride, I knew I could do PBP.

How did you get started in randonneuring?
In 1983, I helped with the first brevet series put on by North Carolina Bicycle Club. After hearing stories of riders searching dumpsters for trash bags and panty-hose to keep warm during a cold night, I thought that this sounds like fun! Which proves you have to be a little nuts to do these rides.

How long have you been an RBA?
I became the RBA for IR in early 1998 and then joined RUSA in the fall of 1998. What made you want to become a Brevet organizer? I have been riding the brevets for many years and when the local RBA quit, I felt it was my turn to organize the brevets for a while.

Who/what is your inspiration with regard to organizing rides?
Jim and Kathy Mulligan who first started organizing the brevet series in 1983 and Gilbert Anderson who came back from PBP in `83 with lots of stories.

Have you done other ultra-marathoning riding, support or organizing?
I crewed for Jim Mulligan in RAAM '86.

What was your PBP experience like?
PBP was the best and most memorable ride I have ever done. The weather was perfect, except for the headwind coming back, the people were friendly and the country was beautiful. I had set two goals for myself. The first was to finish and the second was to have fun while I did it. I met both goals.

Describe the services provided at your Brevets.
Each rider gets a map and cue sheet. Some food is provided along the way plus food at the finish. Motel rooms and pizza are provided at the turn around on the 600 km. Limited sag is provided for those who have problems and can't finish.

Describe the terrain.
The terrain goes from rolling to hilly and is similar to the terrain in France. The 600 km in non PBP years is flat but the head winds and heat can make up for the hills.

Are your contrôles staffed?
The start, finish and turnaround points are staffed.

Describe the typical weather and temperatures.
The weather for the first brevets can be cold and rainy but usually are just cool. By the time the series finishes, the weather can be quite warm during the day but cool at night.

How many riders typically turn out for your brevets?
The first brevets bring out 20 or so, but by the end the number is down to about ten. PBP years have more riders than non PBP years.

How have you solved particular problems in your region?
I use Street Atlas and Topo USA by Delorme to help plan the routes. With Street Atlas I map out the route and check distances within 1%. The Topo USA allows me to measure total climbing for the route. I also scout the route by car and bike to verify road names, road conditions and suitability.

What trends do you notice among riders in your region?
The Schmidt Dynohub has become the lighting system of choice by many randonneurs.