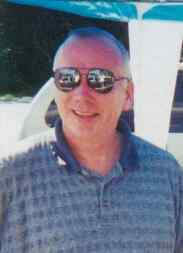 I'm essentially a tourist. I began cycling as an adult in 1976 raced for three years and did marathon stuff as well. In 1983 I became member #144 of International Randonneurs, did the qualifiers, and then PBP. My touring has included trips from Lexington Kentucky to Baltimore, Lansing, New Orleans, Boston, Montreal, St. Louis, Salisbury, MD, as well as France, Switzerland and Germany.

I've chaired two GEAR events (LAB cycling conventions:1000 participants), assisted with the BCC's Horsey Hundred, the club newsletter, and club web site. I became an ACP correspondant direct in 1989, started (1996) and still run the Randonneur Info web site, and have been helping to get RUSA going since before August 1998.

How did you get started in randonneuring?
I moved from long club rides to a triple century in 1980 to a quad in 1981 and 1982. Then on to PBP in 1983. My first PBP, I was in heaven. I was a cycling francophile in Paris! I got to eat, sleep, and think French and ride my bike too! Subsequent PBPs have been fun, but none can surpass that 1st one. Been touring and randonneuring ever since.

How long have you been an RBA?
13 years

What made you want to become a Brevet organizer?
To cut down on travel. Local brevets meant less travel.

Who/what is your inspiration with regard to organizing rides?
I use PBP as an organizational model.

What was your PBP experience like?
I always do it as a simple tour. I've had a great time each go, though for different reasons. I always eat and chat my way to the finish. My times range from 82:30 to bit less than 89 hours.

What is entry fee for your Brevets?
It varies by year and the services offered. Usually from $5 to $30.

Describe the services provided at your Brevets:
All events include route markings, cue sheet, a map, and mostly manned checkpoints. Longer events are usually organized around a hotel location, so showers are available at the end for these. The rider is responsible for all food, housing, etc. No support vehicles are allowed on the course. Helmets are required, as are lights and reflective vests, except for the 200.

Describe the terrain.
Kentucky is rolly to hilly. All my brevets have 6000ft of climbing per 200k; the PBP standard. On a scale of 1 to 10 (10 being the hardest) what is the degree of difficulty? would say 9 or 10. Based on personal experience at other brevets, I would say 7 or 8.

Are your contrôles staffed?
Yes, usually. Always the start, and almost always at the finish, and middle.

Describe the typical weather and temperatures.
Early rides will be cold and may be damp. Late rides will be hot and humid. We've done brevets in March with ice on the road and temps around 26 warming to a toasty 38! :-> We've also had July brevets with temps in the 90s and the humidity not far behind. Rides in April, May, and June tend to have more moderate weather, but it's always a roll of the dice when it comes to weather.

How many riders typically turn out for your brevets?
Usually 5-10 in off years. At most 30 in good years, with participation for the long events dropping off to 10 or so even in the good years.

Do you offer off the bike seminars during the Brevet season to discuss randonneur type riding?
No.

Is there anything distinctive about your brevets that you'd like RUSA members to be aware of?
Got a few good hills folks might want to try. One in particular merits a triple. Kentucky's rolly to hilly terrain is pretty close to what you'll see on PBP.

How have you solved particular problems in your region? (no good roads, no hills, no convenient places for controls, inclement weather, etc.)?
Not a problem here. Kentucky is blessed with numerous small roads and with lots of small stores -- usually no more than 20 miles apart.

What trends do you notice among riders in your region? (lighting, food, training, bikes, computers, etc.)
Most riders seem to be moving away from a touring model. I still use fenders ... I guess my bike is a bit frumpy. :-> But it still gets me there.